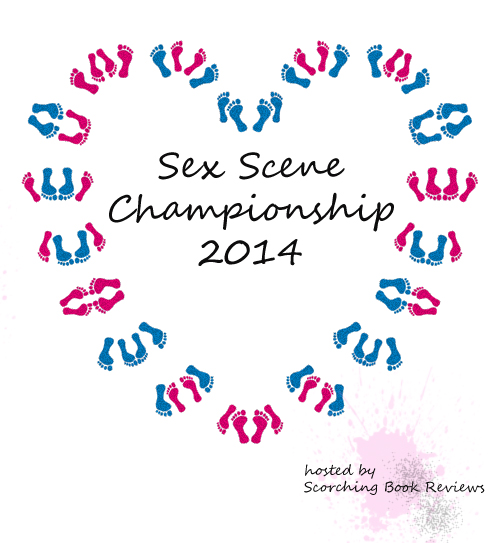 I totally meant to post about this when the championship started, but time sped on and suddenly it’s my day and I still haven’t shared!

Scorching Nix is hosting a sex scene championship. Today, Jared and Richard from Inescapable are up against Jack and his anonymous lover from Jack L Pyke’s Don’t… You’ve got just under 48 hours to read both extracts and pick the sexiest*. The winner will then move on to round two, and so on until a final scene is declared the winner.

Not only do you get to read a ton of awesome hot scenes, but every vote earns you an entry for the grand prize. There’s fifty ebooks, gifts cards, print books, jewellery and other swag up for grabs. First prize gets first dibs on eight prizes, second place gets to pick five, third gets three, and then others will be randomly distributed to runners up. You can enter three times on each round, so you’ve got a great shot at winning some awesome stuff!

So, get over to Scorching Nix’s, get reading, and get voting. And I’ll see you in the next round (I hope!)